At around 14,650km², Hwange is Zimbabwe’s largest national park and is found along the country’s north-western border with Botswana. From dense teak forest in the north to the sandy savannah grasslands of the Kalahari in the south, Hwange is a land of contrasts that hosts over 100 mammal species and over 420 bird species.

Elephants have a stronghold in Hwange, numbering in excess of 20 000 – from around just 4 000 when the park was proclaimed in 1928 – and what is possibly one of the largest surviving populations of African wild dog. There are good opportunities to encounter sizeable prides of lion and buffalo herds, along with leopard, cheetah and spotted hyena. A particularly special sighting is of the rare brown hyena with its characteristically wild and woolly fur.

An important feature of Hwange is the absence of permanent surface water. The waterholes maintained by various lodges throughout the year are what sustain the park’s wildlife. This makes for excellent game viewing as animals congregate around these points, particularly during the drier winter months when just a few of these waterholes remain.

The heat and rain of summer turns the bush dense and green, and while the game animals might disperse, the migratory birds arrive in big numbers. Hwange is well-known as Zimbabwe’s prime birding destination, particularly for its more than 50 raptor species. The magnificent bateleur eagle is regularly seen soaring in the sky, while common grassland varieties include the kori bustard, southern ground hornbill and secretary bird.

Hwange is located off the main road between Bulawayo and Victoria Falls and is easily accessed by road and air. It is open throughout the year and can be explored via self-drive and guided game drives, horseback safaris and walking safaris. 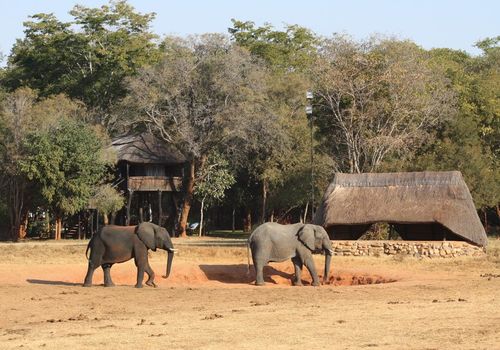 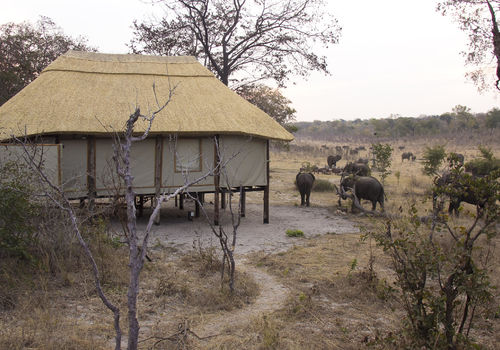